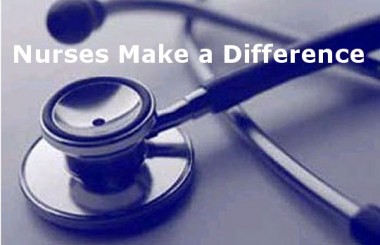 Thiruvananthapuram, June 18 (IANS) The 46 Kerala nurses stranded in strife-torn Tikrit town in northern Iraq Wednesday asked the Indian embassy officials to either take them home or change their place of work.

Speaking to IANS over phone from Tikrit, the hometown of deposed and executed Iraqi dictator Saddam Hussein now under control of Sunni militants, a Kerala nurse said the Indian embassy officials speak to them over phone every day and find out if they have taken food while also enquiring about their safety.

"Yesterday (Tuesday), a Red Cross official first came and spoke to us. Later, another official came and took our details. We have told them and the embassy officials that either we be given a job in a place away from Tikrit or get a safe passage back to Kerala," said the nurse, not willing to be identified.

Of the 46 nurses, 30 reached Tikrit last August while the rest arrived in February.

Following a change in the local government in Tikrit, their contractual obligations have changed and now they have been promised pay of just $200 a month while earlier it was $750 per month.

"We are staying put in our residence here and eagerly waiting to hear good news. We are sitting in our rooms, as we have no idea of media reports of 40 Indians being kidnapped from Mosul It's about 60 km from here. For the past two days, we did not hear any sound of explosions. We are all praying," added the nurse.

The office of Kerala Chief Minister Oommen Chandy told IANS it is in touch with the external affairs ministry in Delhi, which is giving directions to the embassy officials.

(19:24)  Thiruvananthapuram, June 17 (IANS) Nearly 50 nurses from Kerala working in Iraq's Tikrit city have been struck a double blow as not only have they been affected by the strife there, but their salaries have also been cut drastically.

A nurse told IANS over phone from Tikrit that 46 nurses were working at a government hospital in Tikrit.

"Thirty of them reached here last August, while 16 came this February. They were all promised a monthly salary of $750. But today (Tuesday), a new manager told us that the government that hired us has changed and now the new government can only pay $200," said the nurse, whose identity has been withheld.

She said the nurses want to return at the earliest.

"We hear sounds of explosions outside, but since we are inside the hospital complex, so far we have had no issues.

"The major issue is the dramatic drop in our salary. Most of us have come after paying Rs.1.5 lakh as recruitment charges. For those who came in February, till date no salary has been paid, and now they say we have to work with a reduced pay," the nurse said.

She said they were in touch with the Indian embassy in Iraq and the Red Crescent and asked them for jobs in other hospitals.

"We are all praying that something works out," she said.

Meanwhile, another nurse from Kerala working in the Baghdad Medical City, where there are 15 hospitals, said they were "absolutely safe" and got their salaries on time.

"When reports of the unrest surfaced, the hospital management was told they need not fear anything and that we were perfectly safe.

"We have not been affected and there has been no explosions or unrest in our place. The management has told us that if anyone wants to leave, they can," the nurse said.

Another nurse from Kerala who works in the Karbala region, about 70 km from Baghdad, told IANS that they had no problems and everything was normal.

The office of Kerala Chief Minister Oommen Chandy told IANS that it was keeping close contact with the external affairs ministry and a meeting will be held soon to take stock of the situation in Iraq.